Telescope Magazine: Specifically, how difficult was it to process? 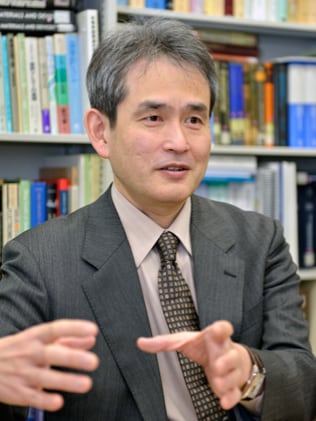 Tsunenobu Kimoto: The SiC crystals we used at the time were about an inch in diameter, and they were visibly porous. From our experience with Si devices, we surmised that no decent semiconductor devices could be made with such blemished single crystals. Also, making those crystals required temperatures as high as 1,500-2,000 degrees Celsius, much higher than those for Si crystals. No researcher of Si-based devices had dealt with such high temperatures before; moreover, there weren't any commercially available furnaces at the time that could be heated to over 1,500 degrees Celsius.

To make things even more complicated, there are some 200 polytypes of SiC crystals. So, the material is extremely interesting as a theme of academic papers, but frustratingly difficult to use as a raw material for industrial products. There was no way to tell which of the 200 polytypes was suitable for our purpose, nor how to obtain any particular polytype as a 100% pure material. No one dreamed of prototyping an SiC-based power device, let alone commercializing it.

Telescope Magazine: Given those difficulties, it's a wonder the devices were turned into products at all.

Tsunenobu Kimoto: Yes, the speed of recent progress in the technologies involved is truly remarkable, even from the viewpoint of researchers who have been studying SiC for many years. Infineon Technologies of Germany became the first company to productize SiC devices, by adopting them in the power unit of its high-end server in 2001. Today, both SiC-based diodes and transistors satisfy the minimum quality levels required for a commercial product. Although the cost remains a problem, SiC devices have proven to be clearly superior to Si devices in terms of performance. Also, large SiC wafers with a diameter of 150 mm have become available, although not as large as Si wafers that are typically 300 mm in diameter.

But the crucial factor was the rise in the market value of power devices thanks to their environment-friendliness and energy efficiency (Figure 2). Power devices with very small electricity losses came to be eagerly sought, even if they cost a little more. It was the rise in demand that drove the technology development and commercialization of SiC-based devices.