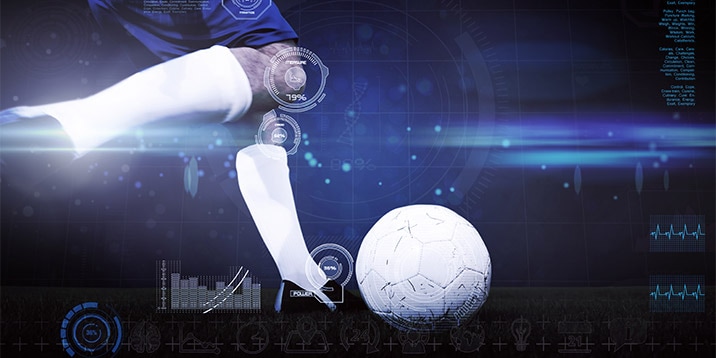 As technologies improve, some are becoming tools for ensuring fair play in sports. The introduction of new technologies, such as cameras that cover all 360 degrees of a stadium to eliminate any blind spot and cameras that move with the players, makes it possible to make judgments about situations that the human eye cannot judge. Furthermore, these technologies offer the benefit of eliminating game fixing and foul plays. This final part of the report series discusses the application of technologies to situations that have been difficult for the human eye to judge to ensure fairer refereeing.

In sports, as little as 1/100th of a second can separate the winner from the loser. In sumo wrestling, the first wrestler who touches the ground outside the ring or touches the ground with any part of his body other than the soles of his feet loses. However, some angles of the match may not be very visible, depending on the referee and the judges' line of sight. If a dozen or so cameras were to be installed all around the ring and the images from these cameras could be viewed instantaneously, blind spots would be eliminated, and fair refereeing would result. The latest cameras capable of high-speed photography can show a 1/100th of a second difference. Using them would enable a clear determination to be made even of a match that appears to the human eye to be a tie.

Technologies of this kind are coming into use in sports such as tennis and soccer. A system called “challenge” in tennis allows a player to ask the umpire to review a line call. When a player challenges a call, video images used to determine whether or not the opponent’s ball was on line are shown on the stadium’s video board.

In the past, human referees made all the calls in sports. However, since they are human beings, they are not infallible. In baseball, there are many difficult-to-call situations, such as calling a strike or ball, judging whether a ball passing by the pole on the side of the outfield was a home run or foul, and calling an out or safe by judging whether the runner or ball arrived at the base first. If a runner rushing to home base goes around the base to touch it, it is difficult to determine whether the catcher tagged the runner first or the runner touched home base first unless the situation is viewed from a 360-degree angle. The umpire has to make a call based only on what he or she saw. In some cases, the call may appear wrong, and a coach may rush to complain to the umpire, or a fight may break out, straying a long way from true sportsmanship.

On the other hand, some players engage in unsportsmanlike conduct, which can be difficult for other players to detect clearly. In soccer, conduct such as a player falling to the ground even though no foul was committed or trying to win a penalty kick by exaggeratedly falling inside the penalty area is called “simulation.” These are acts intended to deceive the referee. While such conduct deserves a warning because it goes against the spirit of fair play, it can be difficult to judge in many cases.

Since the viewing angle is limited for a human referee, the sports world has been searching for systems that can utilize technology to make fair judgments and detect unsportsmanlike behavior. Therefore, the U.K.’s Hawk-Eye Innovations Ltd. developed a video system that uses cameras to provide 360-degree coverage of the entire stadium without missing a single viewing angle (Reference 1). Dozens of cameras are positioned so as to capture views of the entire stadium with no blind spots, and the images from these cameras are then synthesized with objects such as balls represented in graphics (Figure 1).

In the case of baseball, when the movement of the ball can be viewed from 360 degrees, it becomes easy to determine whether the ball near the pole was a foul or home run. The difficult question of whether the defensive player or the runner of the opposing team reached the base first can be easily answered since a 360-degree view is available along the timeline.

Such technologies also prevent dishonest actions such as simulation in soccer since they can clearly show whether or not a player from the opposing team touched the player who fell.