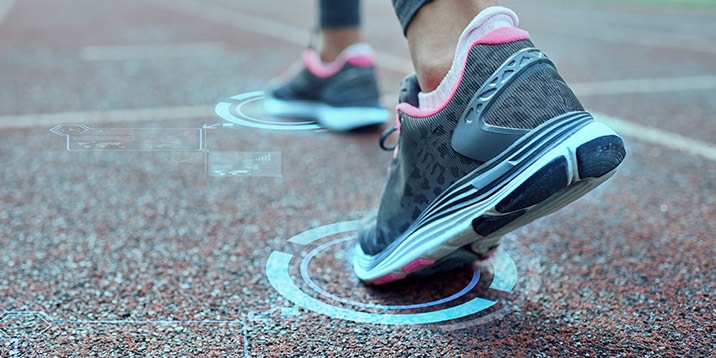 There is a well-known anecdote involving pitcher Roki Sasaki of Ofunato High School, who was unofficially said to have had thrown a fastball at 163 km/h. Sasaki was told to stay on the bench and did not pitch in the prefectural final for the National High School Baseball Championship of Japan, missing his last chance to make it to the Championship. This was because the team manager was concerned that continuing to pitch might harm Sasaki’s shoulder. In making this decision, the manager gave higher priority to Sasaki’s health and future, avoiding the possibility of long-term injury. In baseball, in other sports, there are many athletes who abuse their bodies and end up having to give up their playing careers. Supporting players in playing for a long time will, after all, lead to victory if one takes the long-term perspective. Part 2 in this series discusses how to bring athletes’ bodies to the best condition in synch with the timing of events. In addition, Part 3 will introduce technologies for achieving fairer refereeing.

There have been many marathon runners who, believing that repeatedly practicing very hard would eventually bring about results, ended up injuring themselves and found that they had suffered a stress fracture. Their belief that hard work would surely be rewarded was too strong for them to notice that their bodies were crying out.

With someone whose ability is far below the level of competitive athletes, repeated practice is important. However, once players attain the top level, it becomes more important to help them reach their peak level in synch with the timing of games.

In August 2017, on the second day of the World Athletics Championships, Usain Bolt of Jamaica, who had been the unquestionable king of the 100-m event, finished third, losing the race to Justin Gatlin of the United States. I remember the scene from the video of this race even now. Bolt had announced he was planning to retire after this race, but I don’t think anybody had in any way thought he could lose. His race time fell far short of his personal best, and it could be said that he had been unable to bring himself to peak condition for the race. For Gatlin, it was the first victory in 12 long years.

The reason why an athlete everyone absolutely expected to win would lose is because he failed to attain peak condition despite possessing real ability. Sometimes an athlete may be considered mentally weak. However, even such an athlete is bound to gain confidence and get mentally stronger if he or she achieves sufficiently good conditioning.

The same can be said of the fact that Japan’s national rugby team got stronger. The most shocking event in Japanese rugby history was Japan’s win over South Africa, which had been considered unbeatable by Japan in the Rugby World Cup 2015. Up until then, it had always been said that the difference between Japanese rugby players and rugby players of other countries was their physical abilities. So in order to win the World Cup, the Japanese team built bodies that players from other countries could not physically beat. A training regimen was adopted in which body fat was first completely eliminated from the players’ bodies to give them the ability to run well, and then players’ muscles were built up. In other words, the body development method was fundamentally reassessed. As a result, it came to be said that Japan physically beat South Africa, which had been considered the strongest, and finally outran it. The Japanese rugby team was using a completely different play style from before.

A well-known training method based on scientific data uses the help of what is called a strength and conditioning coach (S&C). In this method, an athlete’s training movements are scientifically analyzed and visualized. This is close to a technology called digital transformation (DX). In DX, sensors are attached to a variety of objects and humans, and the data collected from these sensors is visualized and used to improve performance, productivity, and abilities. The S&C method has also begun employing sensors to improve athletes’ performance and competitiveness.

Specifically, the method supports the trainer or coach in making training decisions by providing data showing how far the athlete’s body is being pushed and how it responds. In the early stage, the athlete’s body is pushed to the limit to find out where that limit is. For example, if data shows that the risk of injury increases, a warning is issued to the trainer or S&C coach. The trainer then reduces the training workload or changes to a different training menu to prevent injuries, including stress fractures.

Euphoria Co., Ltd., engaged in the marketing and consulting business, has been developing this kind of method since 2012. It claims that this method led to Japan’s historic win over South Africa at the Rugby World Cup 2015.

According to the company’s website, “One Tap Sports,” this sports technology method is currently being used in 40 sports and has been adopted by 350 top teams. Starting with the largest, 83 soccer teams, 42 rugby teams, and 26 baseball teams have adopted the method. It is said that Fukuoka SoftBank HAWKS professional baseball team has been using this method for a long time.