Its base model, the Triase+ EX-II TiN, is a high-speed single-wafer ASFD* system with an optimized reactor chamber and unique gas injection mechanism. Since its introduction in January 2013, the Triase+ EX-II TiN has established itself as the standard for single-wafer ASFD TiN metallization systems, and has been adopted by memory and logic device manufacturers throughout the world. The Triase+ EX-II TiN Plus, an upgraded model that became available for booking in July 2015, has also been enthusiastically received in the market.
The continued scaling of semiconductor technologies has required that TiN processes in advanced device manufacturing become more detailed and diverse than ever before. TiN deposition systems must now overcome new technical challenges at highly sophisticated levels.
The EX-II TiN Plus HT, which will soon be available to order, has specialized hardware for high-temperature processes and is capable of depositing TiN film of a lower resistance and lower impurity-key technical requirements for advancing semiconductor scaling. Customers already using the Triase+ EX-II TiN or the EX-II TiN Plus can upgrade to the EX-II TiN Plus HT by modifying their existing systems, thereby reducing investment costs.

"The Triase+ EX-II TiN Plus HT is the latest generation system in the series," said Takeshi Okubo, Executive Officer and General Manager, SDBU at TEL. "It is equipped to perform high-temperature processes to satisfy new technical requirements resulting from the scaling of semiconductors, while maintaining the excellent within-wafer uniformity and step coverage achieved by the preceding EX-II TiN Plus. TEL will keep tackling difficult technology development issues to deliver high value-added products for broad-ranging thin film deposition applications."

Trias, Triase+ and EX-II are registered trademarks or trademarks of Tokyo Electron Group in Japan and/or other countries. 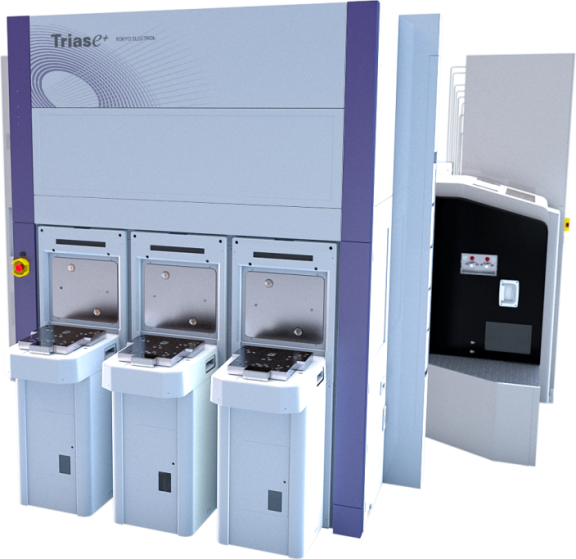